His contacts in youth

From SEMJASE 'S  EXPLANATIONS - from the first contacts

From 4th contact on gravity - their ships - timetravel and more...

From 5th cont-on our history, the flood, settlement from space and more

From 7th cont on the yeti, spiritWorld, matter&energy, venus and more

On life on Erra and far history of Earth and more

Many mysteries explained by Semjase and "her men"

on the number of contactpersons in the mid 70ths

More on Lyra from diff. sources

The Henoch Prophecies
from the Billy Meier Contacts

Inside the Mount Shasta and the ETs living in the natural and artificial rooms below surface.

English channeled version of Talmud J. - this is not accepted by Meier - but it seems quite parallell to Meiers translated version when you compare them - and I think it seems credible - here it can  be downloaded in zip or can be red side for side on link here youTubevideo on the Meier-contacts as introduction |  on Talmud Jmmanuel 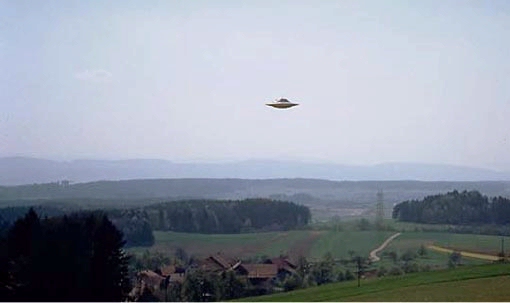 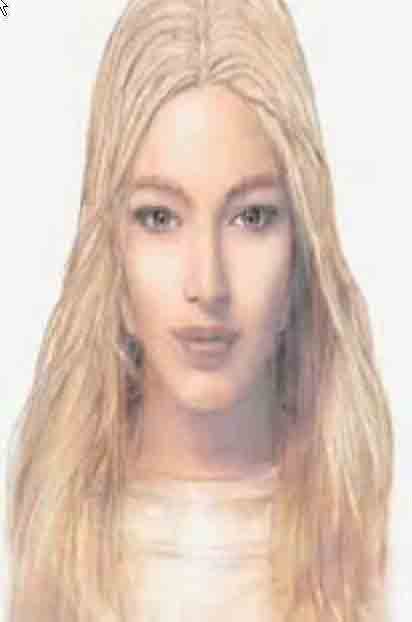 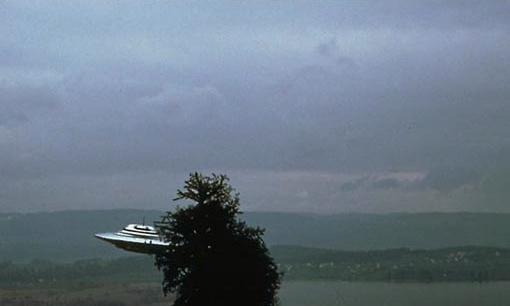 Meier took nearly 1100 diapictures of pleiadian (pleiaren-) -ships, many of them stolen (ca. 500?): The journalist Gary Kinder wrote in his book "Lightyears" on the case - how easy it was to  "borrow" Meiers original pictures. Meier had commited Semjase not to deny anybody information - and many of the pictures was simply stolen and has never later appeared.

Researcher Wendelle Stevens learned how the secret services very closely spyed this ongoing case in the 70/80ths, and later has much of the hidden work of the agencies come foreward through "leaking" channels such as Dr.Michael Wolf,  Bob Dean,  and the work (example) of Dr.Greer. 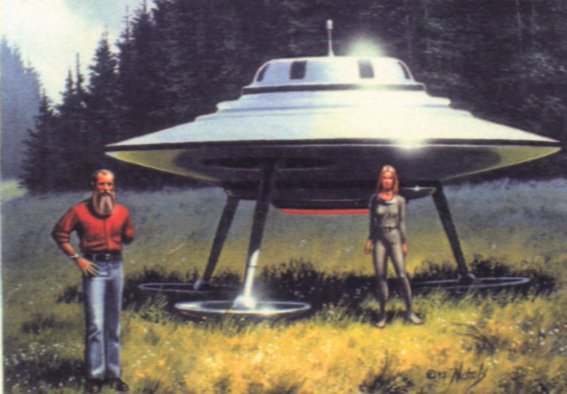 art of Jim Nichols from a contact - it is to remark that Semjase herself forbid Meier  taking pictures of her - also  fearing pictures could be used as a focus for negative telepathie /black magic against her. He once tried to take a picture of her from behind - when she entering the ship - but the camera didn't work/fell to ground!! 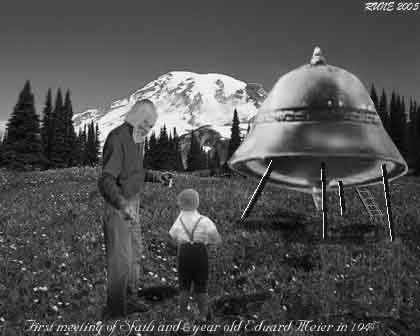 That means these contacts didn't happen on the basis of "channelling" as so many claim to use today - 30 years later!

Throughout all of Billy Meier's contacts, which began at the age of five and continue today - he has always written them down as true to word as he can. These writings are called the Semjase Reports (Semjase Berichte) or most commonly known as the 'Contact Notes' and amount to over 1800 pages collectively. Some of it have been published in English (Wendelle Stevens in 1979?). Here we have summarized them to give you an idea of some of the more important elements they contain. Herein are answers to history, philosophy, science and some of the mysteries of our Earth.

This material may seem messy or leaping - because she touched different themes in the same contact - and remember those are only summaries. It's best to get the complete material from figu if possible.

the basis: the spiritual teachings

Download as above-for printing-summary in zip 300kb | short in Mp3 where W.Stevens talk on Meiers timetravel where he see a  possible quake in USA + GeorgeGreen

more extract material from the talks with the pleiadians

How Atlantis was crushed by a guided asteroide acc.to Semjase's education on the past of our Earth:

+  more on the same theme

more on the same on norwegian on link to youtube here

After reading this material we have some comments. It seems like Semjase (and Meier) is locked to a certain realityview, and all what differs from this are rejected. Much of the material is wisdom, espesially the part which describes the spiritual philosophy on Erra. But some texts are damning persons with another life-view.

There is hardly any ufo-contact-person being so accused for fraud and deceit as just Meier, but there is corresponding not any CONTACTPERSON that as him accuse OTHER alleged such, to be just frauds and swindlers ("lüger und betrügers" - yes this is the law of Karma; what you say about others, "they" will label you).

According to cosmic laws one does not have any reason to damn anyone. The reality is not as black and white as some parts of the texts here indicates. As  we see it: The reality exists within several parallell eventchannels. This means that one realityview can be just as "good"/correct as another. Yes - some live in a "wrong illusion" and ignorance - but that does not justify any damnation - as Meier and partly the Pleiaren-people often do.

They seem to have no access to more higher, emotional dimensions of Earth and other planets - which is not limited to this coarse-matter level/vibration. Example: that they could not view or visit the REAL lifelevel of the planet Venus, which seems to be elevated higher up on the dimensional scale. They seem to have some emotional  blockades or lacks to reach such levels, which presuppose DEEP sympathy. Apparently they have some obstructions or blockades here - and seem to be captured in this same "classroom/ coarse-learing-room" as "the material scientists on Earth"  - and seem to lack (or at least bad to express) the big view of evolution:

"that everything is well/natural/perfect on the prevaling level of consciousness for Earth-human right now, and that the "darkmen" are just ignorant, who through their actions now, will create themselves a painfull future. Though in the purpose of LEARNING to live according to the eternal-cosmic life-rules, which can only be experienced through self-learned pain/practice on this coarce-vibr.level/"school".

According to some of the text, Meier is the only person who have had contacts to higher forms of life the last 2000 years. This statement is illogical, as also can be red from their own material  (see link). Many persons on Earth have daily contacts with higher worlds in other dimensions of Earth and other planets as well, using their higher vibr. bodies for these contacts. Eidher directly or indirectly, by use of the chacrasystem - which is the transmitter-centres for contact to these higher-vibr.layers in the bodies.

It looks like devas and similar creatures, are unknown to Semjase; or they just avoided talking about it. Because much "astral beliving" is connected with these, and the Erra-people contacting Meier seem to be more intellectual.

It's not correct that all "Venus-contacts"(+ | ppt) is/was  hoaxers. They had - as many of the others of "Figu" indicated liars - contacts to spacepeople from another natureplane/dimension, with an elevated dimensionary vibrating frequency. It seems like those dimensions is unknown to the Erranians, and that some "spiritual obstacles" prevents them from reaching those levels.

Much of what the text describes as wrong information, can be valid for persons with another view on the reality, than some of these Erranians seems to be trapped or locked into.

Its up to the readers to evaluate the text and use what seems to be right to each person and reject what does not feel good. It is very important to read (or listen to) (norsk her) other spirtual/ and contact-material, beside from this "family". But we have all sympathy for Meier and his haunted life in this incarnation!

below drawings of SEMJASE, HER FATHER, PTAAH AND HER GRANDFATHER SFATH 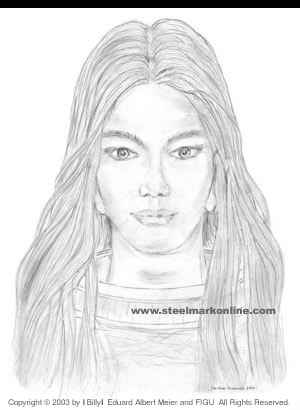 and in some color: 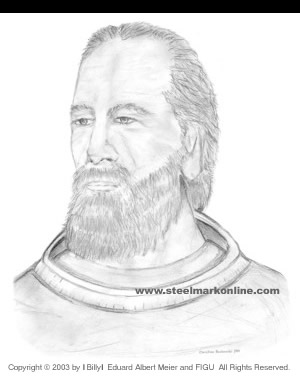 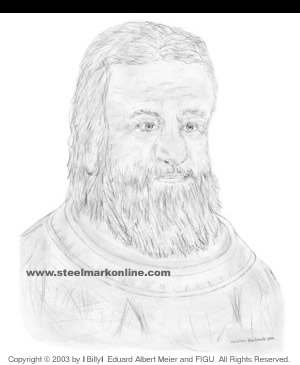 Why only drawings? Because cosmic law and the law of free will forbids the spacepeople or other helpers from above as well - to give too convincing proofs -as YOU yourself, must/will recognize the "thruth" when mature - because just this is the "initiationtest" of those days.